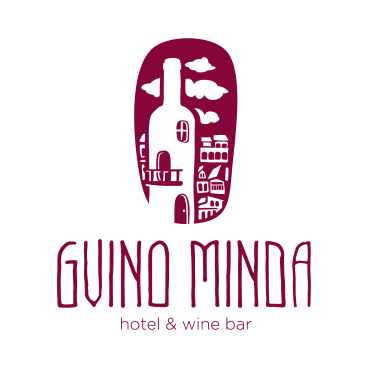 To many people the most east region of Georgia-Kakheti-is associated with wine. I am not going to argue, wine- is the most important thing in Kakheti. But, drinking wine in Telavi or Signagi with wonderful view over Alazani valley or Caucasian ridge is a delight. Kakheti is able to satisfy even the most nitpicky of the tourists requests: dry red Saperavi and Nekresi monastery; half-sweet Kindzmarauli and city of love Signagi; dry white Rkatsiteli and Academy of science Ikalto; replete Mukuzani and Gombori pass; unique Mtsvane and half-desert of David-Gareja. Here are compatible both aesthetic and gastronomic needs! And yes, you will be delighted from Kakheti!

Road to Stepantsminda (former Kazbegi) – is like some form of weightlessness. From one side you have a cliff, and from the other you have a rock. Road to Kazbegi – is a road of expectation. An expectation to see the greatness of Kazbegi. And still, weightlessness overshadows expectation. Because, praised by many, Georgian Military Road makes you forget where you are going. We are going simply and easily: while taking photos, admiring, resting, drinking mineral waters, breathing clean air and enjoying. Not even suspecting that greatness of Kazbeg will strike us straight away, unexpectedly and… only in the center of Stepantsminda. Great grey old man is artfully hiding during the whole road, so he can appear out of nowhere and say: “Tired? Did you like it? I have my head in the clouds, but while you drink coffee in Rooms hotel. I will try and scatter them…” And while you drink coffee in Rooms, with a view over Kazbeg and Gergeti Trinity Church, the clouds are being dragged away by the wind.

Being transfused into the yellow, blinding on the sun sandstones, you will be greeted by mysterious city Uplistsikhe. Mystery is the most suitable word for the city, it has existed for 3000 years. River Mtkvari wide, unhurried block- was protecting the city from south, steep rocks – from north. If it is not the best shelter during war times then what is? There, on steep rocks, magicians were walking with pride, graciously taking offerings in the name of Gods of Moon, Sun and Underground… There, by the main gates patiently waited people, gathered from all across Iberia, to ask for leniency and good harvest to silent statues of gods…

But centuries have passed, and people changed their Gods. History was changed drastically, a Cross was placed, which carried new religion with it. Cross was risen on the hill, with the best view over Mtskheta – on Jvari.  This place is know known as  Jvari (cross in Georgian) now, but at that time it was just an unnamed hill, which put a beginning to a new Era. The place of worship chanced and pilgrims came to Mtskheta. Uplistsikhe did not cease to exist, but flourishing capital of Iberia- Mtskheta – was attracting people like a magnet: believers, merchants, wanderers and craftsmen. Mysterious Mtskheta, which looks like a postcard from Jvari, was enormous. It was center of trading, religion, business deals, education and reforms.

Two towns, two histories, two mysteries, which won`t be able to solve, but we can steel feel it…

You won’t hurry anywhere! Borjomi, is like a slowed ticking of clocks, only in framing of the hills, waterfalls, fairylike forests and, of course, mineral waters. Nothing is done there. There is only dreaming, thinking and talking… Talking in the forest while you walk to Seraphim of Sarov Monastery, collecting tree cones – until you come across mineral water baths, weaving branches on your way back.

Romanovs did not build their summer residence in Borjomi by accident. Not by accident was Reza-Mirza-Khan searching for appeasement here, who build an incredible mansion “Firuza” by the park entrance. In 19th century everyone was searching for a place where time was slowing down, just so they could enjoy the moment. But eras change, and financial investments of 19th century changed for the next hundred years, with the rise of communist power…

Today Borjomi is a small city, in the ravine of river Borjomula, with famous throughout whole former Union mineral waters, which, like nostalgy and memories of childhood, attracts tourists.

How do I explain Love to you? Unspeakable, aware of its flaws?

Tbilisi, is a little bit dusty and slow, with narrow streets and blue balconies. This warm (Tbili – warm) city, with which you must get used to. You must get used to the noises, stairs, lazy cats, old doors and cracks on the walls… This is old, but magnificent. These are ruins, but they are our love. Walk around Tbilisi, walking around corners, searching for history. And you will find it. You are going to find a house, where lived Tchaikovsky or a house where brothers Siemens lived, you are going to find a bath, which was preferred by Pushkin… You are going to find Atashgah (a Zoroastrian temple), a very well hidden temple from curious eyes on a very steep street of Gomi, to which you must walk first! But, it will be worth it! Tbilisi is worth that time, that you are going to spend on it! You are going to be thankful to it, because it will gift you a lot of emotions, and it will equally answer to your Love.

Diverse Tbilisi. In this sunny city, you are not going to understand whether, are Georgians arguing  or are just talking. Here everything is emotional! With gestures. Middle ground here is not known. Mother of Georgia will not welcome you with smile: either wine for friends, or sword for the enemies. Georgians are the most hospitable people and they see God in every guest. It will not be hard for you to believe us, we are honest.

Welcome to our country, to our hearts and to our Tbilisi.

Fascination – is world around Tbilisi.

You managed to fall in love with Tbilisi, be delighted by Kakheti and feel the greatness of Kazbegi. What else will surprise you, close to Tbilisi none the less? This is a tour of non-tourist destinations of the former Iberia. Although, we must start it with Jvari. Jvari monastery is like a cross-roads of history: it is a place where the first Cross was raised in Georgia and that cross changed the religion, values, views and sentiments… But we are not talking about that right now, we are talking about a magnificent view from Jvari over Mtskheta, and over the part of the history which is left unnoticed by everyone. Bagineti view. Bagineti is a hill, which in the past, was surrounded by the big and tall wall; on top of the hill there stood pagan gods – Armazi, Gatsi and Ga. And blow the Gods lived the Kings. Today this former elite and glorious region is getting empty… Royal baths in Roman style, separated baths for women, royal wine cellar, foundation of a palace with pillars…And the most amazing thing – a unique temple in a form of a flower with six petals... This windy sight and its appeasement makes you sit on a pergola and watch at the merging of Mtkvari and Aragvi rivers, thinking how people with power over Iberia lived here… The greatest thing is that your thinking will not be interrupted by other tourists, because there are none…

There won’t be any tourists either in Tsinkali. There won’t be any in a temple, which was built in 4th century! Right after conversion to Christianity. Isn’t that amazing? In which lived and served one of the 13 Assyrian fathers, Ise Tsinkneli. He rests in peace in the darkness of this great temple.

Dzalisi. This was the greatest city. Which covered the area of 70 hectares, which ceased to exist in 8th century. With unique mosaic on the flooring made from 40 shades of natural stones, a pool with area of 800 square meters, Roman floor heating system – hypocaust, Roman baths with atriums… The author is finishing off the tour and at the end is leading to the winemaker of Chateau Mukhrani. Winemaking of princes of the Bagrationi dynasty – Mukhrani, Is deservingly famous, with great collection of wines (your humble servant is a lover of couple wines of this making). So, we are going to finish this day off how we are supposed to, where we are supposed to, although we are not going to be in a hurry. Beacause this was a day of fascination.